Let there be light, and plenty of it in the photography world! I love the SB600 so much I bought two!

Introduction to the SB600 Speedlight 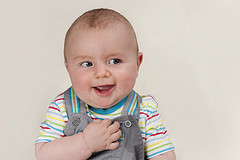 Flash is the signature of photographers, that burst of light signals a picture has been taken to anyone nearby although I’m not a huge fan of using flash all the time, I prefer to use natural light and a camera with a clean ISO such as the Nikon D700 as much as I can but there’s no escaping the need for flash and Nikon offer a range of flashes.

The SB600 fits in at the lower end of the range under the SB900 and it has been replaced by the SB700 but it is still a useful tool in photography and I bought two of them because of the cheapness of them. You can purchase two SB600’s for the price of the SB900.

The SB600 is entirely plastic but has managed to survive my tripod toppling over and the brunt of the fall was absorbed totally by the flash. It has minor scratches and the plastic mount has a big crack near the hot shoe but it still works fine after some TLC with glue!

What you lose and gain with a pro flash vs a lower end flash is that the SB900 has a quicker recycling time, zooms out to 200mm, works as a commander for other flashes and is a tad more powerful. There are other differences but those are the main ones. For me, not being an avid user of flash the SB600 was perfect for me. My D700 takes advantage of Nikons Creative Lighting System and can trigger other flashes wirelessly so it wasn’t important that my flash gun be able to work as a commander.

The menu system on the SB600 is trickier to navigate due to the button combos that need to be held in order to access the menus for advanced features although it takes a good few seconds of holding buttons and scrolling through modes to change the camera from wireless slave to normal usage. The LCD is clear though and once you understand the in flash symbols you won’t struggle with using the SB600.

The head is horizontally rotational 180 degrees turning anti clockwise and 90 degrees when turned clockwise. The head is vertically adjustable to just slightly over 90 degrees which points it straight up in the air.

The flash operates with every Nikon SLR and has various modes of operation such as i-TTL, i-TTL BL and Manual Mode. You can adjust flash output in +3 and -3 increments by using the up and down arrows which is very quick to adjust and stops down to 1/64 power.

The focal range covered by the flash is 24mm – 85mm but if you use the pull out diffuser panel you can cover 14mm. The pull out panel can be used as a bounce card to put some catch lights into the subject’s eyes when the flash is pointed upwards.

The SB600 requires four AA batteries but its power management is really good. Power on takes a second to power up and when the camera is turned off the flash goes into standby mode ready to instantly power up when you next turn on the camera. It’s basically a fit and forget flash regarding power, turning itself on and off based on your camera usage.

Overall Impression of the Nikon SB600

One of the misconceptions with flash amongst novices is that it must be used at night and not required during bright sun. This results in incredible black shadows in sunny pictures and overly white people at night with pure black backgrounds.

Generally (There are many exceptions I know), flash is used on sunny days to paint in some light to the shadowy areas lifting the scene to be nicely lit. At night flash will expose a person for a quick shutter speed and lose all detail and ambience in the background. Night is for tripods and high ISO’s and if using flash you can try the rear sync modes to bring out the ambience of a background.

Anyway, the SB600 is a great flash unless you absolutely require the features of the SB900. I use these flashes for general use and also for portraits, shooting them through softboxes and umbrellas and they give me really nice results with great portability.

It also fits nicely in my jacket pocket and if I’m travelling light I’ll pop it in my jacket just in case there is a need for a bit of fill flash. I’d recommend this flash for people who don’t ultimately need super quick recycling times or maximum power but just need a reliable and easy to use flash gun.

YOU DON’T TAKE A PHOTOGRAPHY, YOU MAKE IT

Lorem Ipsum is simply dummy text of the printing and typesetting industry. Lorem Ipsum has been the industry’s standard dummy text ever since the 1500s, when an unknown printer took a galley of type and scrambled it to make a type specimen book. It has survived not only five centuries, but also the leap into electronic typesetting, remaining essentially unchanged. It was popularised: